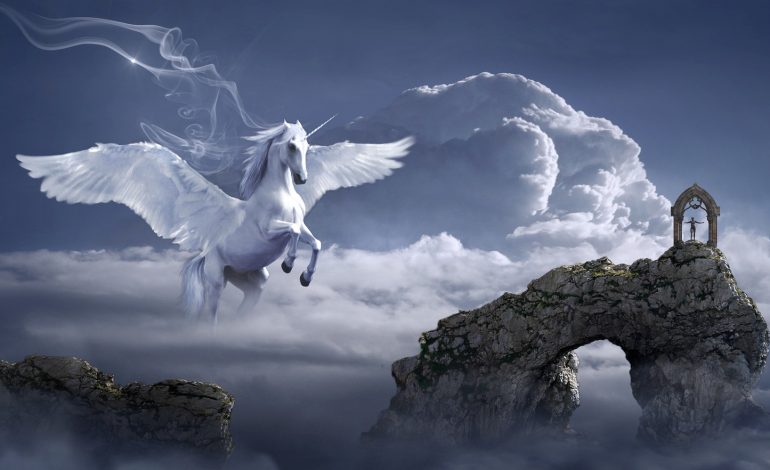 Superstition paints a very dark picture of witches, they are described as old, bent, unattractive, bow legged, stringy haired practitioners of dark magic, always accompanied by their ever faithful and equally dastardly familiar. It was believed that a witch was unable to shed tears unless succumbing to the pain of torture, whereby the witch would cry and at this point it was said they lost their powers. Severe punishments for practicing witches were imposed from the seventh century and in the twelfth century the death penalty was brought in.

A much darker picture has been painted of female witches whereby male witches are always described more creatively. This old fashioned image of a witch couldn’t be further from the truth, there are many creative, talented, beautiful, caring witches in the world who are healers, magicians, teachers, writers, dancers, singers, astrologers, numerologists, astronomers, chemists, scientists and the list goes on. There was a time when chemists, physicists and astronomers were believed to be witches. Many of the well known classical witches such as Circ and Canidia, were beautiful and powerful, treating their craft with great reverence. Witchcraft is more widespread today than you can possibly imagine, it cuts through barriers of creed and culture. Among the seemingly everyday people, going about their day to day lives, there are witches and witchcraft is still one of the most misunderstood arts.

Ingredients the ancient witches used are still used today, and witches like their ancient counterparts, incorporate astrology and numerology in their practice, this is often an integral part of spell casting.  There are two types of herbs and plants used by witches, one is of a healing nature the other of the noxious variety. Those using the former where considered “white witches” they used herbs for healing and they removed curses from animals and people, they also used special chants and dances to make crops grow and prepared love potions for those who wanted someone to fall in love with them. Those using the latter were considered “dark witches,” these witches were the malevolent ones, they cursed people and laid spells upon animals. A true witch has the ability to cast spells and most witches cast the benevolent type of spells, it is a small proportion of witches who practice malevolent spell casting.

Witchcraft flourishes today just as it did in the Middle Ages, and many groups carry on the ancient ceremonies and beliefs. The wiseman and the wisewoman are still revered and they are expected to care for and protect animals and people. Most witches today can be looked upon as benevolent and a mixture of counselor, healer and spell caster. Witchcraft is still surrounded in mystery and feared by some, but witches are generally nurturers who want to practise their craft creatively, with a “do no harm” motto.

The witch’s familiar is a creature in tune with nature and one of the witch’s closest relationships, it is rare to find a witch who doesn’t have a familiar. These supernatural pets have extraordinary powers of their own and any animal can be a familiar, although cats are the first animal to come to mind when familiars are mentioned. In the nineteenth century a farmer sought legal advice, and wanted compensation because he believed a local witch had sent her familiar to bewitch him.

Witches believe that one of their most powerful plants is mistletoe and no witch would be without this, it is held above all other plants and herbs, another popular and well used plant is laurel

which was prized by the Romans and the Greeks, it was believed to bring good health. Elder was credited with the power to conjure devils. Witch hazel and honeysuckle protect cattle from having spells cast upon them. The Normans considered the elm tree to be the tree of justice and historically it is believed that violets will keep witches at bay. Italians find oranges and lemons to be very useful in spell casting, the orange is associated with the Sun and the lemon is associated with the Moon. The goddess Diana (Queen of the Witches) used vervain to keep evil away, and those who are superstitious still use it today. It was believed witches flew with Diana and that Diana had the ability to turn herself into a cat, she also kept a dog by her side at all times. Transmutation was an ability many witches were believed to have. The goddess Diana called the goddess Aradia to her side and bestowed upon her special powers, the first of which was to grant lovers desires, so when a witch prepares a love potion she calls upon Aradia to enhance the spell.

In Hungary it is believed that a man has the ability to become a werewolf by choice and he can turn back by choice, but a woman is changed into a werewolf as punishment for her sins. Those afflicted are suddenly overcome by wolf fever and when it reaches its peak they run naked into the woods and become wolves, and when in human form they become more like wolves as each day passes. The more superstitious people believe this is the result of the evil eye. Over the centuries there have been many stories of transmigration, mythology is filled with these tales. The witch Circe had the ability to turn her lovers into swine

Since the beginning of time certain stones and gems have been sought because they bring good luck, while others are shunned because they are believed to bring bad luck, those practicing the dark arts use the potent  “bad luck” stones for their dark spell casting. The ancient Egyptians used precious stones for their rituals, believing various stones had different degrees of power. The combination of astronomy and geology lead to stones being associated with birthdays, they became known as “birthstones,” the mineral world holds many secrets and witches for centuries have used stones to cleanse their homes and to keep evil away. Because of a vampire scare in a cemetery in Belgrade over a century ago, all the graves were opened and some bodies had spikes put through them, others were burned and the ashes scattered, this was done because the people believed that the dead turned into vampires. There was a theory that if an animal, possibly a familiar, passed over a dead body then the dead body became a vampire. Some believe that after a witch dies she becomes a vampire.

In ancient times would be witches went through an initiation to see if they were worthy to be a fully fledged witch, they were often required to go through some form of torture, such as sitting for long periods of time without sleep and food, and in uncomfortable positions. In some parts of the world, would be witches were drugged and starved and their mental resilience broken, this made them open and receptive to the witch-doctors and after the witch-doctors administrations they were able to perform a variety of magic feats that they would otherwise not have been able to do. In the Amazon the initiation is so severe that the subject in some instances dies. In communities where there are witch-doctors and shamans hold a revered position, they are responsible for fertility, the growth of crops, rain or lack of rain and for war and peace. In communities the witch-doctor or shaman had more influence than the chief and was looked up to by all.

During the Middle Ages if someone believed themselves persecuted by demons they would then change their name in the hope they could not be followed by the persecutors. In modern times many people consult an astrologer and if their name does not add up to positive numbers, they believe that by changing their name they can effect a positive change in their karma.

Among the Irish and the Malays there is the belief that fairies have power over man, if they know a person’s name, therefore a person must not be called after dark. In British Columbia the Kwakiutl Indians take a criminals name from them, and to get the name back a high price has to be paid. Magicians in Tibet are expected to perform extraordinary feats which are completely beyond the ability of the layman.

Paranormal experiences have been documented through the ages and explanations have differed as cultures and technologies have changed. Other generations were closer to the spiritual realms due to having no electronic distractions, homes were quieter once darkness fell, making it easier to tune into other realms, people were more aware of spiritual energies. Even though the world has television, radio, mobile phones, computers, people are still aware of and fascinated by paranormal happenings. There are those who still try to find a link between science and the supernatural. Everyone has extrasensory experiences, although some individuals are more sensitive to these experiences than others. Many fey people have precognitive dreams, they are shown in images what is to happen in the future.

There are many instances of the good work performed by witches, although the stereotypical witch is still a broomstick riding, cauldron stirring, black clad, pointy hatted old crone riding through the night casting spells as she flies by. Many people practice Witchcraft and Wicca as a religion, both honour the feminine as the goddess, these witches and wiccans practice healing and align themselves to the higher energies, using witchcraft for the good of others. Being a witch is a spiritual journey, it requires trust and faith in the powers that be to assist you on your journey. 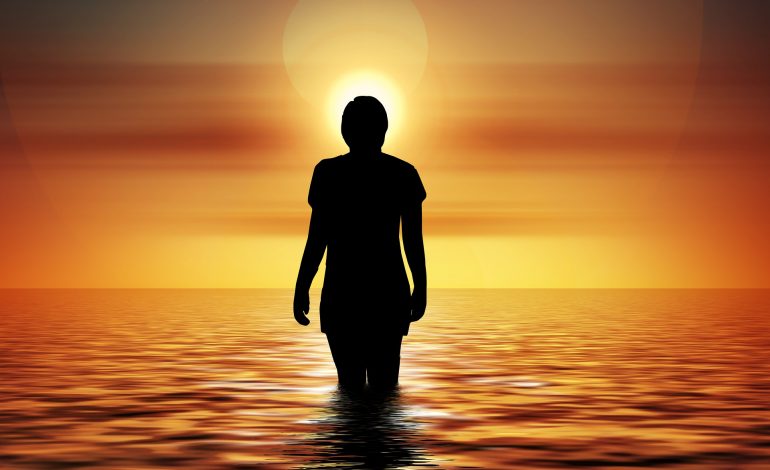 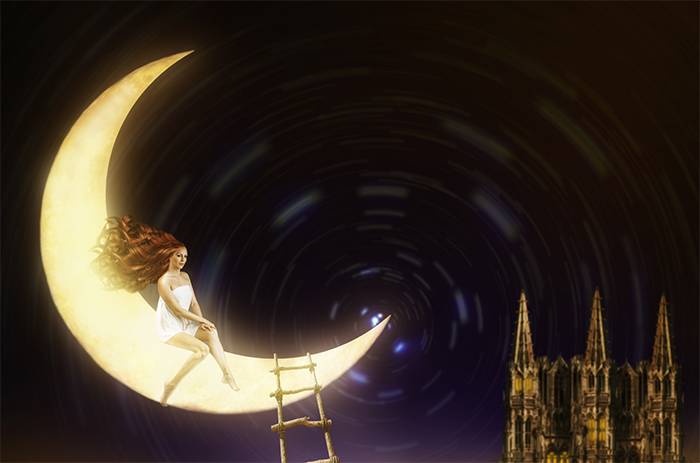