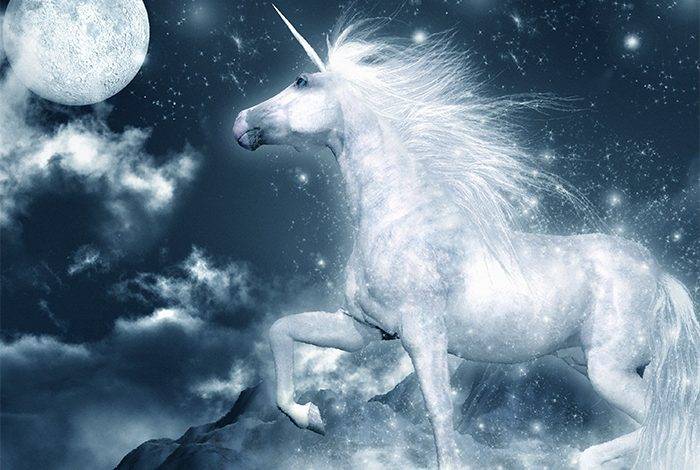 Unicorns are magical creatures that we all hope to meet one day. Searching for a Unicorn won’t necessarily lead you to one, as they will always find you. Unicorns come from an ascended star called Lakuma, it is near the constellation Sirius and is where the Unicorn kingdom is located. A Unicorn knows when you are ready to receive it and will make its presence known. Sometimes Unicorns present themselves during meditation or as a flash in the corner of your eye. Places such as the Scottish Highlands and the English Moors, are likely places to find a Unicorn and your guides will at times introduce you to your Unicorn during meditation. More often than not unicorns will appear in your dreams and during chakra meditation.

These mystical creatures hold a high place in the hierarchy of magical creatures, belonging to the angelic family and assisted by other creatures such as, mermaids, nymphs, faeries, gnomes, pixies and sylphs. Archangels and unicorns work at a very high frequency and the Unicorn kingdom is overseen by the king and queen Unicorn, they are hallowed beings in direct contact with archangels. The king and queen Unicorns take their role very seriously and maintain the frequency of all Unicorns, with their purity and light. Unicorns work within the light and are able to move through and within all dimensions and Universes, special unicorns are chosen to visit Earth, where they perform designated tasks.

All unicorns are light and love and have an active third eye. They are all knowing, all seeing creatures, making those in close proximity feel better instantly, as they absorb the energies of pure love. Unicorns offer hope, they inspire, awaken, enlighten, nurture and protect and if ever you are in need, you can call upon the Unicorn kingdom to help and guide you. If you are feeling, lost, tired, uncertain, fearful or are in pain physically or emotionally, a Unicorn’s energy will exude light and healing. A Unicorn statue or picture in your home will make you feel stronger and more focused, you will know of its presence by it leaving a white feather.

If you dream about Unicorns, you know you have travelled during your dream state to another realm, this means the Unicorn energy is working in your life and you are open to their energies. Unicorns often enter our dreams in order to give messages and offer guidance, especially when you are feeling confused and having difficulty making decisions. Just like other elementals, Unicorns love gardens, they are drawn to flowers, plants, ponds, they love the peace and the energies of the other magical creatures they meet there.

To ensure connection to your Unicorn, focus your energies on all magical creatures when you are meditating,  visualise faeries, pixies, gnomes or any other creatures you choose, this will bring 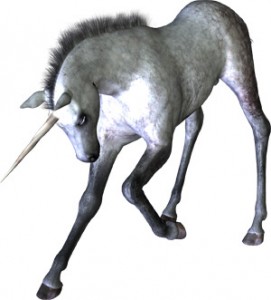 yourself closer to the Unicorn kingdom. When it is time for your Unicorn to show itself you will receive messages in a variety of ways, you may find a white feather or see pictures of Unicorns, or be drawn to a book with a Unicorn cover. This is your Unicorn’s way of contacting you in an earthly manner, sometimes they appear in photographs with you as a white haze that is barely discernible. However you’re Unicorn appears to you, know it is there to enhance your life.

A Unicorn’s horn is an energy conduit, filled with light, love, enlightenment, spiritual power, insight, healing and wisdom. The Unicorn’s energy has the power to remove blocks and channel power. Unicorns usually have one white horn, but on occasion a Unicorn is seen with a golden horn, this has to do with the level of a Unicorns evolution, the more evolved Unicorns have a deep golden horn.

By working in the light and being of service, a Unicorn will evolve over time and they are able to emit a higher frequency from their horn. The Unicorn’s horn has great power, it can heal, protect, and channel energy. Over the centuries Unicorns have cured disease and diffused poison, unfortunately they have also been hunted for the curative powers of their horns and people have paid exorbitant fees for powdered unicorn horn. Some individuals carried Unicorn horns as amulets, believing a horn would keep away evil spirits.

Unicorns often appear during the most trying times in our lives and their role is to help us evolve as we navigate, the often difficult, journey of life. Before you begin meditating, conjure an image of a beautiful Unicorn, close your eyes and imagine the horn of the Unicorn touching your third eye, filling you with light. Meditating with the unicorn image will take you to a new place of enlightenment, the Unicorn’s energy allows you to see the divine in all things.

Unicorns are part of the angel hierarchy, they often work together, archangels often work with unicorns because of their purity and compatible frequency. Everyday, wishes, hopes and dreams, go out to the universe. Unicorns work to help you attain exactly what your soul needs, providing your intention comes from a place of love and light. Angels and unicorns work in harmony and protect us during our day to day endeavors. When a sudden sense of wellbeing envelopes you, be assured that your angels and Unicorns are at work in your life. When that pain you were wishing would leave your body, goes away, or you get your promotion, you need money and there is a windfall. These are instances of Unicorn and angel magic at work in your life.

Unicorns have heightened senses, they smell happiness, sadness, danger, fear, they are aware of light and dark energies emitted by humans. Their sense of smell is unique, they love the scent of happiness but are offended by the smell of hate and anger. Unicorns are able to hear sounds on a higher frequency than humans and are extremely sensitive to loud noises and music, loving classical music and the energy generated by it. All humans have an aura and emit a sound, or frequency, which can be heard by Unicorns. Unicorns hear music in everything, a drop of rain, a gust of wind, the Sun’s rays, the Moon’s beams, grass growing, flowers opening, a butterfly awakening, a kitten sleeping, a child dreaming.

Any form of discord, raised voices, violence, arguing, disturbs both Unicorns and angels, they respond to beauty and harmony in all things. Miserable, sullen, noisy, angry, people drive Unicorns away. Loving, kind, peaceful souls, draw Unicorn energy to them. Unicorns are able to emit a beautiful sound, reaching notes unattainable to humans, they have auras with colours beyond human comprehension. Unicorns are drawn to lighted candles, fragrant oils, incense, bells, wind chimes, chanting, dancing, music and laughter. When your thoughts are kind, loving, positive and enlightened, you create beautiful music that is irresistible to Unicorns. Love, and loving energy exudes the most fragrant perfume, it is like the scent of flowers to Unicorns.

Depending on whether your soul is open to them, Unicorns are born to heal, and as their energy is pure light and love, their healing is potent. They will however respect the dictates of humans and would never infringe where they were not welcome. Unicorns are seven dimensional beings who enter the Earth plane to assist humans, and as long as we are open and receptive they are here to serve.

The Atlantians worked with Unicorns and the energy of crystals, many were adepts and knew how to work with finite energies. By using the imagery of a Unicorn and holding a crystal, especially a rose quartz which is attuned to love, you are able to generate a powerful meditation experience. You can achieve this by sitting quietly and conjuring an image of your Unicorn, you then imagine the Unicorn’s horn touch your third eye. Feel the energy of the crystal moving through your hand, flowing up your arm and melding with the Unicorn’s healing energy.

There have been documented sighting of unicorns over the centuries, in 551BC, a Unicorn appeared just as Confucius’s mother was about to give birth to him, she knew this to be an auspicious sign. It offered her a piece of imperial jade with the prophesy of Confucius’s wisdom and ability inscribed upon it. Confucius also saw a Unicorn when he was a very old man. A Unicorn appeared to the sage Fu Hsi in 3000 BC, he saw it as it emerged from the Yellow River. During the death of the Emperor Huang Ti, a Unicorn appeared. Genghis Khan spoke of a Unicorn that appeared and knelt before him, as he looked into the eyes of the Unicorn he could see the eyes of his deceased father looking back at him. The Unicorn told Genghis Khan not to invade China, his troops witnessed this event and India was spared. In writings he had done after battle, Julius Caesar described a creature that was like a horse with a single horn in the center of its forehead.

During the Renaissance period in the 16th century, Unicorns were sent to Earth as part of a plan to raise the frequency of the Earth, they worked with the artists, musicians, sculptors and creative souls of the time. Many aware beings, such as psychics, were visited by Unicorns during this period, the Unicorns appeared during meditation and in dreams. Unicorns were introduced into much of the art work, especially tapestries of the Renaissance period.

Unicorns are unique and remarkable creatures and Unicorn lore is evident in most cultures.  In the West it is associated with the Moon. The goddess Diana rode in a chariot drawn across the sky by eight Unicorns. In the Histories of Herodotus, he writes that the Unicorn lives in Libya. While the Roman historian Aelian believed the Unicorn lived in India and is found in desert regions. The Arab tradition of the Unicorn was that it could be found in the Temple of Mecca. The Chinese of the 11th and 12th centuries believed the Unicorns came from Tibet.

If you are someone who wishes to heal others, Unicorns are ever ready to take you on a wondrous journey during your meditation, or in your dreams. A Unicorn guide who will help you navigate the dimensions, allowing you to give healing where it is needed. Many involved in spiritual practices, journey through the realms with their Unicorn guide and offer their services as light healers from Planet Earth.

The Sixth Sense of Plants 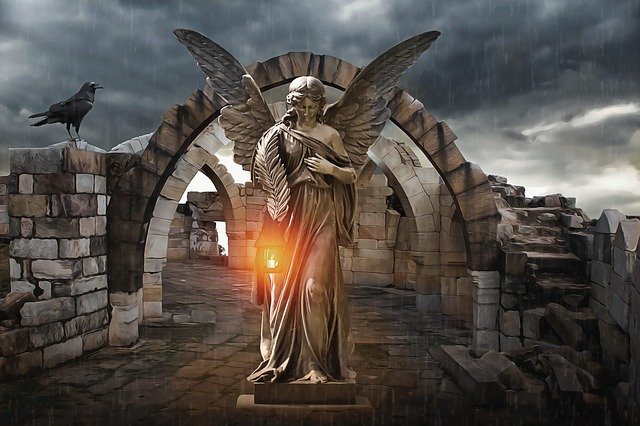 Gods and Angels for Invocation