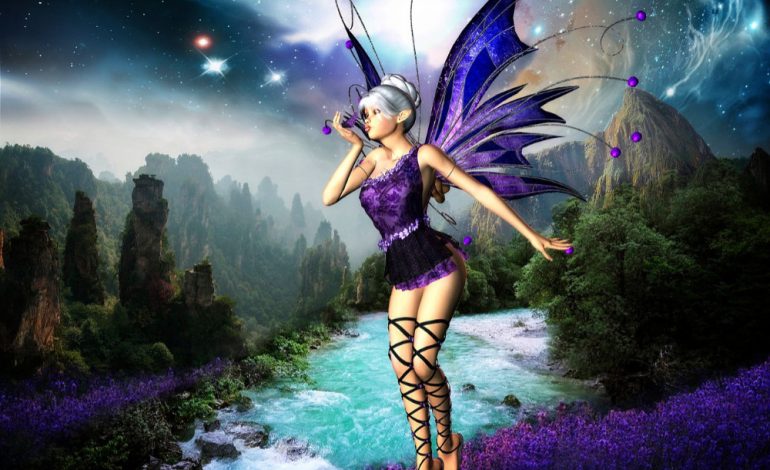 The World of Fairies

Everywhere in the world you will hear tales of the magical and mysterious beings known as fairies. These amazing beings have played an important role in the lives of mortals since the beginning of time, yet they are no bigger than your hand. They can fly though the air, swim in the sea and tunnel deep into the earth. The ancient Greeks named them nymphs, the Persian called them Peris and the Irish called them little people.

They possess an arsenal of magical abilities that enable them to overcome all obstacles, they enjoy longevity and can even conjure a hurricane or an earthquake. They also like to use their powers to amuse themselves at the expense of humans.

In the old days when life was much more mysterious and people believed in a magical world, mortals feared offending the fairies who might cast spells or inflict curses on them.  Calling a powerful supernatural being by its real name was considered disrespectful, so humans referred to fairies in euphemistic terms such as the Good People, the Shining Ones, the Gentry and the Neighbors.

The English word “fairy” (or faery) come from the Latin Fatum, meaning fate, but each culture in the world had its own names for fairies.

Fairies live all around us even if you cannot see them, there may be a fairy sitting next to you right now. The reason most people cannot see them is because an invisible “veil” separates the world of humans from the fairy realm. This realm is a parallel world which exists alongside our own. This parallel world is known as the land of fairies or the “realm of the fey.”

At certain times of the year the veil thins enabling people to see and communicate more easily with these spirits. Specifically on Beltane (May 1) and Samhain Eve (October 31 – also known as Halloween).

Shakespeare mentioned that Midsummer’s Eve is another good time to cavort with the fairies.

These special times and places where the veil thins are known as liminal zones. These liminal zones serve as bridges that lead from one realm into another. Liminal zones are the best places to meet fairies and to experience magic.

Some liminal zones are: The beach between high tide and low tide, the area between field and forest, the land between plain and mountain, the time between dawn and dusk.

Fairies are shapeshifters who can transform themselves many different beings, such as flying creatures, animals, water beings and all kinds of spirits. They can even turn into humans. They can go from ugly to incredibly beautiful. This allows them to go about their business incognito.

Fairies will often turn into humans and walk among us, they even take human mates and produce offspring.  You will often find them in human guise at village dances and markets.

So good is their guise that humans will have no idea who they are really dealing with. Of course, that’s part of the fairies’ intention.

Fairies serve as guardians for the natural world and will shapeshift into animals to form close relationships with other animals, including enchanted creatures such as unicorns and dragons.

Fairies have been on the Earth for eons, long before humans come on the scene. They live for thousands of years but are not immortal. During all this time they have learned everything there is to known about humans. They do not grow old and senile like humans, they keep their powers and stay beautiful.

Not all fairies are good, some a very dangerous and must be avoided. These creatures are sensitive and can go from cold to host in an instant. Early humans feared them and sought ways to avoid upsetting the fairies and incurring more problems.

Mischievous fairies like to tease and torment humans, they would often confuse travelers, causing them to veer off track and get lost. Some like sneak into people’s houses and mess things up, 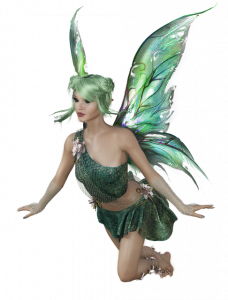 One of the most common tricks fairies pull on mortals is hiding things or moving ordinary household stuff around. If something of yours suddenly goes missing, it may have been a fairy playing tricks on you. If you ask the fairies nicely for the object back, they usually will return it.

Fairies sometimes form relationship with humans get married. In some cases, the human will disappear into the fairy kingdom and in other instance the fairy will choose to live in the world of humans. If they do choose to come into the human world, they will take on human form.

Fairies abide by strict codes of conduct and they expect the human to abide by their rules. A human must never tell anyone that his spouse is a fairy, never see her on Saturdays, and never watch her bathe. If a mortal man hits his fairy wife, she’ll leave him and return to fairyland forever.  These mixed marriages can produce unusual offspring, who display the traits of both parents. However, the children may never feel truly comfortable or accepted in either realm. A famous of these mixed blood children is the great wizard Merlin. Another is the powerful sorceress Morgan Le Fey, half-sister to King Arthur.

If you happen to be out walking in the woods or a meadow and come upon a naturally formed circle, at around 30 feet in diameter, you might have stumbled upon a fairy ring. These might be outlines by mushrooms or the grass may appear flattened, burnt or extra green. These rings are made by fairies for their gatherings or festivals, they also like to use these as a place to dance. They also serve as portals into the fairy realm, but be careful as you might disappear into fairyland forever. The dew from these circles have great healing properties and walking through can give you great luck.

If you accidentally cross the line into the fairy realm, you’ll likely find yourself in a time warp. What seems like an hour in their world might equal months or years in ours.

If you want to attract a friendly fairy, leave out food or drink for them. Many enjoy milk, honey, wine, fruits or bread. They also love gifts of clothing, coins and shiny trinkets. They may offer something nice in return, such as treasure or healing benefits.

Build a fairy house for them to live in.

Sing and dance, and invite the fairies to join in.

If you would rather repel fairies, sprinkle salt around or hang up some garlic. They also hate loud noises.

The Seelie and Unseelie

There is an old Scottish mythology tales which speaks of two kinds of fairies known as the Seelie and the Unseelie. The Seelie were peaceful light fairies who would often come to the aid of human and would reward them for kind acts. The Unseelie were dark fairies that were bent on tormenting humans and harming them for sport.

Long ago a dark human wizard was determined to destroy all fairies so he unleashed a swarm of horrible demons to hunt them down. However, the Unseelie fought the demons and with such ferociousness that they eventually beat the demons. Although the Unseelie troops sustained severe injuries, their bravery enabled the other fairies to escape. To this day the Unseelie hate humans and mortals and will sometimes assault them for retribution for the violence a human perpetrated on the fey.

Trooping fairies got their name because when they travel across the country they form long elaborate processions. They are the aristocrats of the fey and dress themselves in elegant garments, play musical instruments and like parades and gatherings. When they travel like mount fairy horses or wonderful chariots. Their dress is said to resemble medieval or renaissance style and made from rich fabrics and adorned with gorgeous gems.

These fairies travel in groups, gather for feast and live-in grand castles where they sing and dance. They have some interest with humans and occasionally aid them or play pranks if they are in a mischievous mood.

Solitary fairies as their name implies prefer to live a alone and have little contact with the other fey. While the trooping fairies govern the world of fey, the solitary fairies are guardians who protect the fields, forest and streams. These reclusive beings live in the forest or underwater. They are the peasants of fairyland and will avoid humans. They can be dangerous, so it is best to avoid them.

Morgan Le Fey was King Authur’s half human, half fairy sister, she is often portrayed as beautiful, powerful and enigmatic evil sorceress.

she had extraordinary healing powers and made her home on the magical Isle of Avalon, which some researchers link with the modern-day city of Glastonbury in England.

As a child she was sent to a nunnery where she learned reading, writing, astrology, and healing. The great magician Merlin taught her the art of magic. Supposedly, Merlin loved Morgan, but she only wanted his knowledge, not the mage himself.

Instead, Morgan loved Author’s friend ‘Lancelot’ but Lancelot was already in love with Author’s wife Guinevere. Not surprisingly, Morgan hated her sister-in-law, the queen. Yet, Morgan shows compassion for her half-brother when she ferries him away from his last battle, fatally wounded, to the mystical Isle of Avalon.

“Of all the minor creatures of mythology, fairies are the most beautiful, the most numerous, the most memorable.” 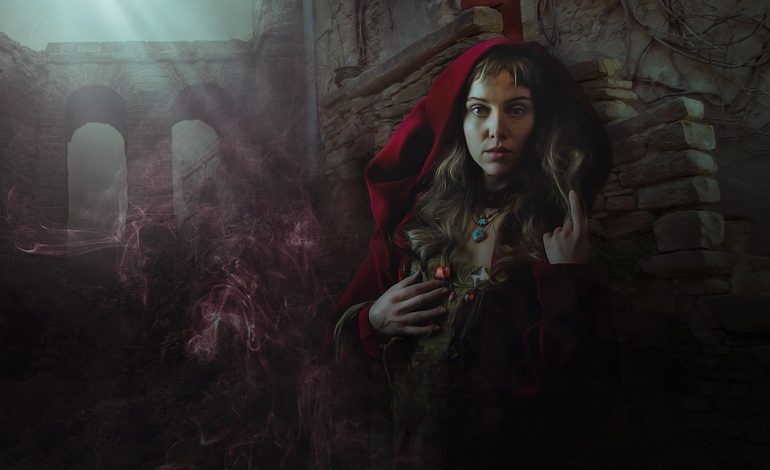 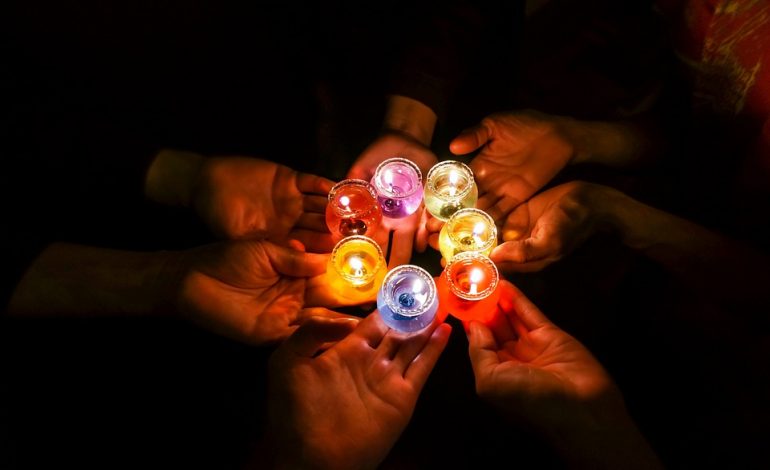 Candle Colours and their Magical Strengths