The cat familiar is a companion to a witch, they are drawn together as if by a magnet, each intuitively knowing they are meant to be together, they are similar in character as both are astute, wise, and independent. When the witch and cat are at work together the magic pull is extremely powerful and they know instinctively that it is meant to be, a bonding takes place and the two form a lifelong alliance. Cats have a mysterious air about them and have for centuries been linked to all matters occult.

Cat myths first began in ancient Egypt, they were worshipped as the embodiment of the gods. The stories of cats soon reached Greece, Asia and the rest of Europe and they became synonymous with witches, though at the time it was thought that the cats were sent by devils to help witches with their evil workings.

You will learn almost everything about magic from talking to your cat, and using a cat in your magic will double any spell’s power. If you are speaking secrets you can be utterly certain your

familiar will not betray your trust. Cats are creatures of habit, and like the witch, they must have their own sacred space where they sleep, dream and eat. The familiar requires a bowl of cream at the same time each day, they also requires a bowl of water per day and the highest quality cat food available. The familiar needs to be crooned to and stroked as she loves attention, except when she needs time alone, then she is to be left to her own devices and her needs must be headed. You will learn a great deal more about magic from a cat than you would from any witch, a witch would sooner turn you into a toad than give you assistance in witchcraft.

When shopping for a cat you must remember that you don’t choose the cat, the cat chooses you. if you wish to take a cat as your familiar, you must ask permission first, they most likely will agree. When a cat enters a new home it will investigate the area to make sure it is safe before getting comfortable, they are resourceful and will quickly adapt to their surroundings.

A cat enjoys its own private area with all accoutrements, nice pillow, blanket, bowl and close to a fireplace. Just like people cats like their privacy so keep their litter tray in a private location, they may refuse to use it otherwise. Cats enjoy quality foods and their meals served in the same place and at the same time each day, they are intelligent, so if you try to switch a brand label cat food for a generic label, the cat will notice and probably refuse to eat it.

A cat will be of great assistance to any witch or wizard as cats themselves are very powerful witches and can perform a variety of spells, they are very intuitive and their sixth sense cannot be 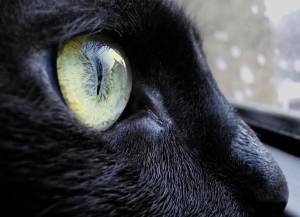 matched. A cat will definitely be a lifelong friend, and as a cat is a magical animal you will always have mystery and magic within your home.

As soon as the witch and her familiar have chosen each other, the cat and witch will choose a magic name for the cat. Cats with their particular magical abilities are invaluable in the making of magic and magic potions. Cats also help with divination and they enjoy working with the energy within a sacred circle.

The witch is able to telepathically communicate with her cat familiar and has trained her cat to be on the alert for earthly visitors, ghosts, and spirits, the cat also alerts the witch to people who are good or bad.

The familiar always travels with the witch on the back of her broomstick. The witch and her familiar become more bonded as time goes by, the cat from a kitten has a certain air of worldly knowledge and from young is admitted to the witch’s spiritual rituals. Cat familiars always should be thanked for their assistance and given treats for the support and love they offer the witch, the familiar loves catnip.

The cat talks to her witch companion and lets her know what is going on in the outside world, she lets her witch friend know if there are any changes occurring that she should look out for, the cat can also call or chase away unwanted spirits.

The Egyptian goddess Bast is part cat and part human and sacrifices were once made to her to insure her blessings. The remains  of cats that had been mummified thousands of years ago reveal the sacred role that cats played. The cat can be traced back to the Egyptians who treated their cats as sacred creatures..

Whenever we see an image of a witch and her broomstick, her loyal cat companion is always close by, and when a cat is there as a witch is working, the spells she is casting are always more powerful. It is important that the personality of the cat matches the personality of the witch, once the familiar is chosen aside from naming it, she places a magic ring of protection around the animal.

Familiars are very loyal and serve their owners well, witches throughout time have had cat familiars and their familiars are always black, the witch and her familiar ( companion ) become very attached to each other and the familiar helps with powerful magic when spells are being cast. If you have forgotten which ingredient to use in a spell because you didn’t write it down, your cat familiar will knowingly move through your herb and plant area and place its paw on the ingredient you need. A witch and her familiar are spiritually bound and have a telepathic connection, a witch’s familiar always knows when there are spirits around, and have no difficulty communing with both worlds. The witch’s familiar is able to guide the witch between two worlds.

Cat familiars are magical beings with supernatural powers and have helped witches for thousands of years. In the mid 1500?s cats were recognised as the archetypal familiar for all witches, it was thought that a witch was able to turn into a cat.

When the witch’s familiar grows old and dies, they are able to guide the witch from their spirit world and help the witch their new familiar, the familiar watches over the witch and the new companion. Know that when you are looking for a cat familiar, your cat will very likely see you before you see it.

Myths, facts and legends about cats

A women seeking a husband should own a black cat to keep plenty of suitors at the door.

Washing a cat can be a useful way to use the cats magic to bring rain.

If a cat sneezes or washes behind their ears it means it will rain or the weather will change.

If the cat scratches at furniture storms will arrive soon.

If you drown a cat you will fall victim to a drowning.

To dream of cats means good luck for you and your home.

Seeing many cats in your day is a sign that good fortune awaits you.

Domestic cats can sprint at 31miles an hour.

If you find a white hair on a black cat this a sign of great luck.

If a cat sleeps with all four paws tucked under them this means that cold weather is approaching.

Cheetahs are the fastest of all cats.

If a cat scratches behinds its ear, rain is coming.

A cat can see six times better than humans at night.

A cat uses its whiskers to determine if a space is too small to squeeze through.

If a cat sneezes near a bride to be, she was will live a long and happy life.

Cats step with both left legs then both right legs when they walk or run.

Cats will spend 30% of their lives grooming themselves.

Stroking a cats tail will cure you of sore eyes.

Tigers can eat up to 40kg of prey at a time.

Cats are very powerful at the art of hypnotism.

Cats are the only domestic animal not mentioned in the bible.

A lions roar can be heard five miles away.

Cheetah is the only cat in the world that can retract its claws.

Cheetahs can go from standing to running 45mph in two seconds.

to see a white cat at night is unlucky.

If a black cat appears on your front porch it is a sign of good luck.

If you see a one eyed cat, make a wish it will come true.

To undo the bad luck from seeing a black cat, walk backwards in a circle and count to 13. 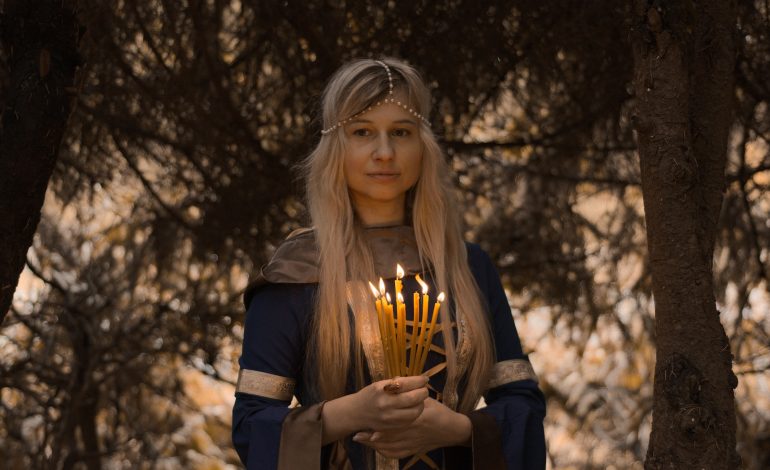 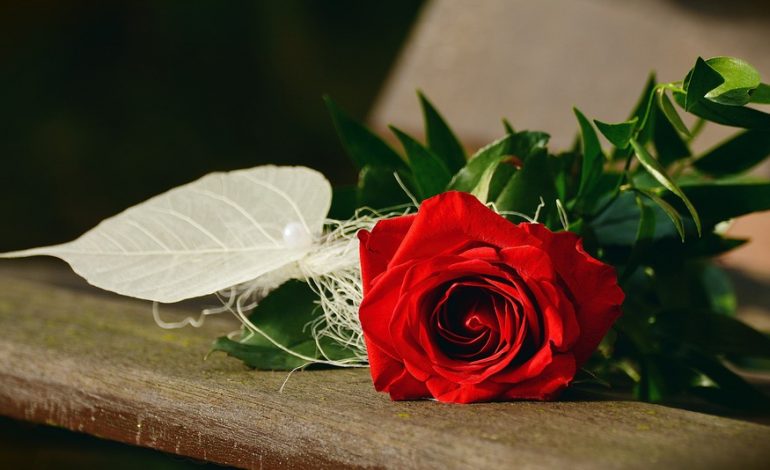 Familiars have always been recognised as a witch's companion, an animal