The Elements – In most instances when the elements are mentioned there are four, Earth, Air, Fire and Water, but there is another more elusive element which is difficult to describe or define, it is ether or spirit. Spirit is the fifth element, and the most ethereal of all the elements, it is a mystical and magical force that can neither be categorised nor explained. When spell casting or magic making, you are working with the symbolism and characteristics corresponding to each of the elemental energies.

The Earth element is the one most closely linked with our physical world, and the densest of all the elements. It governs, money, property, business, security, loyalty, responsibility and anything 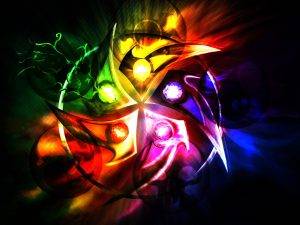 that is connected to the physical body and health, business affairs and finances. It is the feminine element of the Mother Goddess and stands for stability and growth, it is the foundation on which the other elements move. Earth is a receptive energy, helping us to accept responsibility and bringing to our attention limitations in our makeup, Earth’s season is winter, and it’s direction is north. In the natural environment Earth’s place is a cave, the symbol of shelter, the womb, rebirth, and the home of ancient oracles. Other places associated with the Earth element, are forests, valleys and fields. Earth governs the home and the areas of physical needs, such as the bathroom, and dining room, and practical tasks. It is the element of buildings, financial institutions, catering, gardening, farming, business and anything that requires working with the hands. Earth’s energy is grounding.

Earth personalities love to be surrounded by family and are quite tactile, they enjoy the pleasures of the senses and have a healthy libido. An over abundance of the Earth element slows things down and progress is slow, too little of the Earth element causes an inability to dare, take risks or branch out.

The deities Gaia, Pan and the Horned God, are associated with earth, Gaia is the ancient Greek Earth goddess, she was the first deity of the great oracle at Delphi. Pan was a shepherd in Greek mythology, he represents the spirit of untamed nature, he was an ancient god of wild things. The pagan horned god, the lord of the woods, is the consort of the Triple Goddess, he represents sexuality and vitality, and is depicted as half-man, half-animal, he is a hunter and identified with the sacrificed and hunted animal.

There is a delicate balance between the four elements which make up the universe, practitioners of magic work with these elemental energies and their particular characteristics. Air governs the realm of the mind and all mental activity, it is the most ethereal of the elements. Air’s direction is east, and it’s season is spring. As it is the element of the wind, Air governs all movement, and is associated with travel, freedom, thought, ideas, intellect, imagination and discovery. Areas governed by Air are meeting rooms, schools, libraries, airports, railway stations and bus terminals. It is connected with mathematics, science and the law. Air’s places are mountain tops, windy plains, clear or cloudy skies, and the Air element presides over the eastern quarter of a room or building.

Air personalities are rational and analytical, they are clear thinkers and don’t rush into things,  enjoying mental stimulation, a good debate, and an exchange of ideas. Too much Air makes for a judgemental and critical outlook, with a pedantic attitude towards all things. These personalities can put the damper on creative ideas in their early stages, without any rational. An overabundance of the Air element and a person can live in a fantasy world, given to ideas that have no substance. They can approach something that is untenable and be blind to the pitfalls.

The deities associated with Air are Shu, Thoth, Hermes and Mercury. Shu was the Egyptian god of the Air, who with his consort Tefnut (the goddess of moisture) created the earth and sky. Thoth was the Egyptian moon god, he was god of wisdom and the keeper of secret knowledge, and it was said that his book contained all the wisdom of the world. Hermes was eloquent and inventive, with a lively mind and a quick wit, he was the patron of thieves, merchants and travelers. He was associated with the Greek god Hermes, messenger of the Olympian gods, who could travel as fast as thought.

The Fire element is associated with the sun, the giver of life, it governs passion, intensity, desire, intuition, understanding, imagination, and possibilities. Fire cleanses and purifies it is also creative and destructive, and it can consume everything in it’s path, it is the only one of the four elements that cannot exist without feeding on something else. If offers warmth and cooks food, but can get out of control, it has the power to transform everything it touches.

Fire rules the south and is related to motivation, creativity and passion, it has a fast and forceful power and energy, it is positive and uplifting but can be frightening if it gets out of control. It is the creative spark within us all, it promotes courage and strength, helping us to fight for what we want.

Fire personalities are charming, charismatic and passionate, they live life to the full, and rely heavily on their instincts and intuition. Their strengths are creativity and leadership, they are daring and bold in their career, and love life, liking stimulation, and challenge, in both areas. Too much fire can be destructive because no boundaries are imposed, leaving the fire entity worn out and off balance. An overabundance of fire leads to selfishness, egocentricity, and unrealistic expectations of others. Too little fire leads to low energy and a lack of motivation.

The deities associated with Fire are Re, Sekhmet, Apollo and Lugh. Re was a creator god worshipped by the ancient Egyptians, he brought order out of chaos, and his tears formed the first human beings. He was reborn each morning, and journeyed across the sky in his solar boat, each night he entered the underworld to do battle with the cosmic serpent Apep. In Greek mythology Apollo was the god of medicine and music, he guided the sun across the sky, and represented light, truth and clarity. He was patron of the nine Muses, the mythical embodiments of the creative imagination. Lugh the Celtic sky god, was a deity of the sun and the weather, his spear was seen as a fork of lightening.

The Water Element affects the subconscious, emotions and dreams, it is the element of love and emotions. Constantly active beneath the surface, influencing our moods and emotional responses. The energy of water rules the west and its season is autumn, it purifies, heals, offers emotional release, and removes all that is stagnant. The energy of Water is feminine and is symbolised by the womb, it is related to fertility.

Within the home the bathroom and kitchen sink are ruled by Water, it also governs the living room, the area of social activity. Water is the element of medical environments, and the healing and caring professions. Its places are seas, lakes, rivers, marshes, wells, pools, and areas where the land is rain-drenched

Water personalities are spiritual, emotional, sensitive and very intuitive, often becoming involved in psychic work or mediumship. They approach life from a feeling perspective, rather than a thinking one, and can be quite spontaneous. In relationships they are empathetic and nurturing, but can be touchy. Too little Water makes them emotionally distant, with an inability to express themselves, causing them to keep people at arm’s length. In this instance they would be less empathetic, intuitive and psychic. Too much Water, takes all emotions to the extreme, making day to day functioning in the world difficult and possibly causing psychic overload.

The deities associated with Water are Tiamat, Venus, Neptune and Epona. Tiamat in Mesopotamian mythology, represents chaos and the energy of the ocean, she was the primeval mother whose salt waters mingled with the fresh water of Apsu to initiate the creation of the gods. Neptune was the Roman god of the sea, with a fearful temper, his moods created terrible storms. In Greek mythology, Venus was the archetype of love and beauty. Created by the foam of the sea, she had the ability to calm the sea and ensure safe voyages, just as she brought balance and harmony, to human emotions and instincts. Epona was a Celtic goddess of Water and healing, and the presiding deity of healing springs. She was associated with fertility and the earth’s abundance.

The fifth element is spirit, in the Sanskrit language is akasha, from this comes the “akashic records,” which is a record of all knowledge pertaining to the material plane, it exists in the astral world. Ether was referred to as the quintessence in the middle Ages, meaning fifth. The alchemist’s quest was to find this fifth essence, which they believed contained the secret of everlasting life. Ether was described as the substance that made up the heavens.

The qualities of spirit are expressed through art, music, writing, religion, healing, magic and ritual. Spirit is associated with the crown, or 7th chakra, in the Tarot deck it is represented by  the last card of the Major Arcana, The World. Spirit colours are white and/or black, they are the colours that contain or reflect all other vibrations of light and dark.  Each culture has its own definition of spirit, In Buddhist tradition it is likened to a dewdrop disappearing into the ocean of infinite being.

Spirit is the most difficult element to describe, it is everywhere and nowhere, and is the force that unites all things, in rituals it is our connection to the otherworld. The spirit element transports us beyond any narrow confines and allows us to open up to something much bigger, it is present in all aspects of life, and goes beyond thought and emotion. Unlike the other four elements it has no defined place or location, even though we cannot specifically place it, we know it is there. 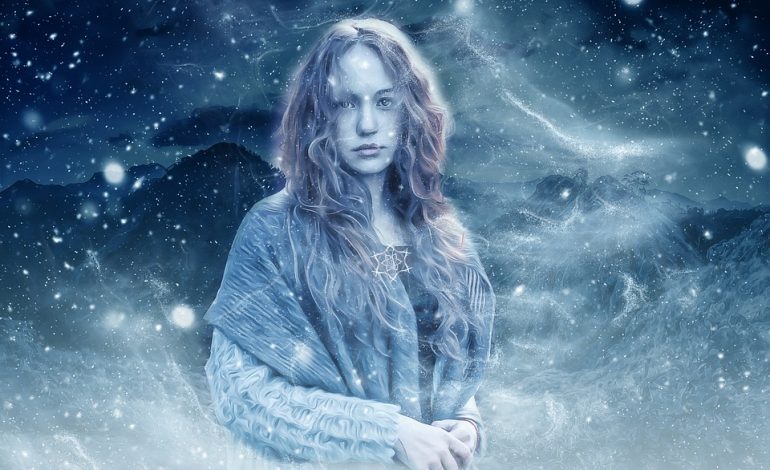 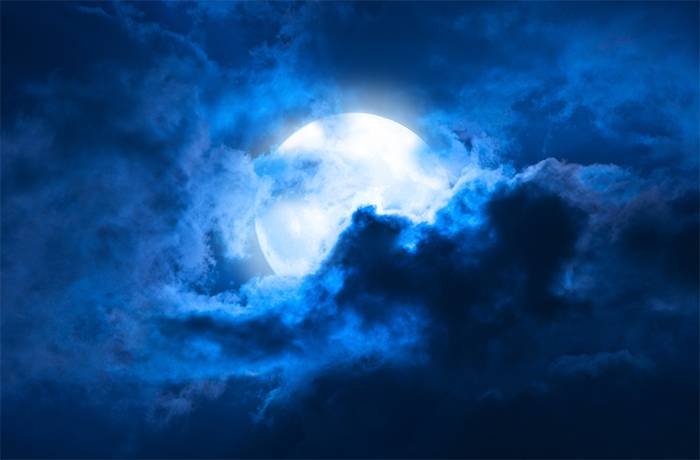 Drawing Down the Moon