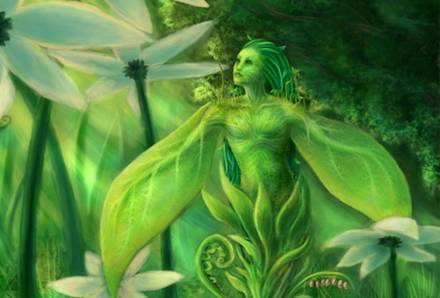 The Spirit of Plants

Gustav Theodor Fechner began experimenting with plants in 1839, hoping to discover the nature of “after image”( after image, is the image that continues on the eye after staring at the sun). He began to stare at the Sun and several days after beginning his experiment, Fechner realised  he was going blind. He withdrew into a darkened room praying for Divine intervention, hoping his sight would return. He remained in darkness for three years, and when he did venture into the sunlight found that his sight had returned. Thanking the powers that be, he stood by the water taking in the beauty of the flowers and plants near the water. He began to contemplate that plants had a soul and turned from the study of physics to the study of philosophy.

Fechner wrote a book under the non de plume, Dr. Mises. In his book he wrote that human life was lived in three stages. One, there is continuous sleep from conception to birth, two, half wakefulness, he called this terrestrial life, three, further alertness which  begins only after death. He described the path of monocellular organisms through man, on to angelic higher beings spherical in form, who had the ability to see universal gravitation in the same way ordinary humans perceive light, and could communicate through luminous symbols.

Believing plants have life and soul, he then concluded they have a nervous system hidden in their fibres. Fechner wrote of “spiritual nerves,” in the universe. He said there was an interconnection 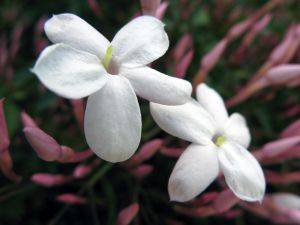 of celestial bodies with a unified web of light, gravity, and forces unknown. He said the soul receives sensations similar to a spider, which is aware of outside influences by its web, Fechner believed plants had nerves. He developed a type of learning called psychophysics, which revealed there was no separation between mind and body, and that the two entities are different sides of a person’s reality. The mind subjective, the body objective, he believed that all life is one and takes up different shapes in order to divert itself.

Fechner said that because a plant is rooted it has less freedom than humans or animals, and that movement of its leaves was its way of stretching, just as a person or animal did. He likened a plant’s behavior to that of an animal that opens its claws when captured, or runs away in fear. Just like an animal that is thirsty, or hungry, a plant is just as aware of hunger and thirst, using a portion of its body to satisfy its requirements. He said that “plant people,” watched the hurried lifestyle of humans and wondered what they were all rushing about for, and that flowers communicate by the perfume they exude, every flower can be recognised by its scent.

Charles Robert Darwin also aspired to the theory that plants were sentient beings, moving at particular times of the day just as animals did, he theorised that plants had a brain and a nervous system just as humans do.

After the death of Darwin and Fechner, a catalogue was published in California, within the book were horticultural hybrids. The catalogue showed a hardwood giant Paradox walnut, which could grow as fast as spongy pulpwood, and could form a hedge tall enough to screen a house within a few years. There was a giant daisy, with enormous white petals, an apple, sweet on one side, sour on the other and a strawberry cross raspberry.

Amsterdam professor, Hugo De Vries, so astounded by the catalogue, contacted the publisher, Luther Burbank, named the “Wizard of Horticulture,” and annoyed botanists who considered him a magician but could make neither head nor tail of his methods. De Vries visited Luther Burbank, and saw in his yard a fourteen year old Paradox walnut, larger than the Persian variety four times its age. He also saw a monkey puzzle tree which grew nuts weighing twenty pounds. Burbank worked in his humble cottage and his notes were kept on pieces of torn apart paper bags and envelopes. Upon questioning the “Wizard,” De Vries was stunned to find that the plant breeder’s extraordinary results came from concentration and the elimination of what was unnecessary. When Burbank asked De Vries about his laboratory, he said “I keep it in my head.” Burbank considered De Vries to be a genius. In 1901 Burbank told the San Francisco Floral Congress the following:

The chief work of the botanists of past was the study and classification of dried, shriveled plant mummies whose souls had fled. They thought their classified species were more fixed and unchangeable, than anything in heaven or earth that we can now imagine. We have learned that they are as plastic in our hands as clay in the hands of the potter, or colour on the artist’s canvas, and can readily be molded into more beautiful forms and colours than any painter or sculptor can ever hope to bring forth.

Burbank introduced more than a thousand new plants, much envy surrounded him and his work. The Dean of American botany came from Cornell University to see the type of work Burbank was doing and he wrote the following after his visit:

Luther Burbank is a breeder of plants by profession and in this business he stands almost alone in this country. So many and so striking have been the new plants that he has given to the world, that he has been called the “Wizard of Horticulture.” This sobriquet has prejudiced a good many people against his work. Luther Burbank is not a wizard, he is an honest straight forward, careful, inquisitive and persistent man. He believes that causes produce results. He has no other magic than that of patient inquiry, abiding enthusiasm, an unprejudiced mind, and a remarkably acute judgement of the merits and capabilities of plants.

Professor H.J. Webber, a geneticist in charge of plant breeding at the US Department of Agriculture, believed Burbank had saved the world a quarter of a century in plant breeding time. On his farm in Seastopol, Burbank grew forty thousand Japanese plums, with a quarter of a million flowering bulbs, all at the same time. Burbank seemed to have a psychic understanding of which flowers would survive, and which wouldn’t, he knew instinctively whether a tiny plant would grow to bear the kind of flowers or fruit he wanted. To the naked eye of others, the difference could not be discerned, Burbank could do this with a glance and without any need for close scrutiny, as though he was somehow tuned into the plant.

In April 1906, when the earthquake devastated San Francisco and reduced Santa Rosa to burning rubble, people were astounded to see that not one pane of glass in Burbank’s greenhouse, which was close to the center of town, was cracked or broken. Burbank believed that his communication with the forces of nature and the cosmos, and his empathic understanding of plants, is what protected his greenhouse. Century Magazine published the following article written by Burbank in 1906:

The most stubborn living thing in this world, the most difficult to swerve, is a plant once fixed in certain habits. Remember that this plant has preserved its individuality all through the ages, perhaps it is one which can be traced backward through eons of time in the very rocks themselves. Do you suppose, after all these ages of repetitions, the plant does not become possessed of a will, if you so choose to call it, of unparalleled tenacity?

Burbank talked to his plants when he wanted them to develop in some particular way, he said that plants have over twenty sensory perceptions that we are unable to recognise because they differ from ours. He believed shrubs and flowers understood what he was saying, and that by telepathy they were able to comprehend the meaning of his words.

For one year Burbank cultivated a spineless cactus, throughout this process he talked to the plant to create a vibration of love, he spoke to the cactus telling it. “You have nothing to fear,” “you don’t need your defensive thorns, I will protect you.” He deduced the power of love to be “greater than any other,” and that it was a subtle kind of nourishment that made everything grow better and bear fruit more abundantly. Burbank said that he took plants into his confidence, asked them to help, assuring them he held their lives in deepest regard and affection.

Outlook for the Blind, was a book written by the deaf and blind author, Helen Keller. After meeting with Burbank Helen Keller wrote, “he has the rarest of gifts, the receptive spirit of a child.” “When plants talk to him, he listens.” “Only a wise child can understand the language of flowers and trees.”

Burbank retained the exuberance of a small boy, taking delight in everything around him. He said, “I’m almost seventy-seven, and I can still go over a gate or run a foot race or kick the chandelier.” “That’s because my body is no older than my mind and my mind is adolescent.” “It has never grown up and I hope it never will.” During a lecture given to the American Pomological Society, he said;

“In pursuing the study of any of the universal and everlasting laws of nature, whether relating to the life, growth, structure and movements of a giant planet, the tiniest plant, or of the psychological movements of the human brain, some conditions are necessary before we can become one of nature’s interpreters, or the creator of any valuable work for the world. Preconceived notions, dogmas, and all personal prejudice, and bias, must be laid aside. Listen patiently, quietly, and reverently, to the lessons, one by one, which Mother Nature has to teach, shedding light on that which was before a mystery, so that all who will, may see and know. She conveys her truths only to those who are passive and receptive. Accepting these truths as suggested, wherever they may lead, then we have the whole universe in harmony with us. At last man has found a solid foundation for science, having discovered that he is part of a universe which is eternally unstable in form, eternally immutable in substance.”

Burbank believed that humans should be open to the sensitivities of nature, and understand their needs, and if this was done they would then respond in kind with lush fruit, vegetation, beautiful plants, trees, and fragrant flowers, readily and lovingly offered to enhance the world and the lives of humans that inhabit the world. 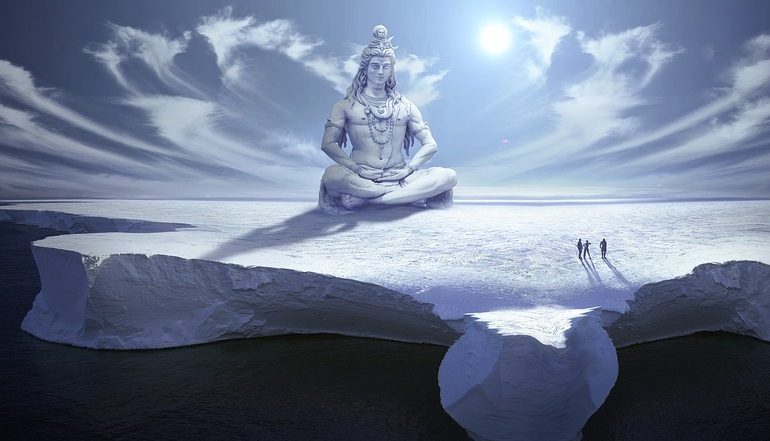 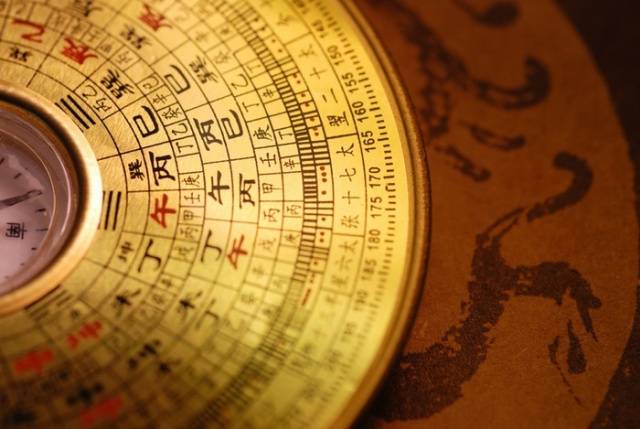 The Art of Feng Shui

The secret language of flowers is an ancient tradition that dates

Plant and herb magic is an age old tradition dating back

For the Kitchen Witch, sharing a meal with friends is a

Herb magic has been used by witches for eons, Myrrh was

Historically witches practiced food magic with a variety of tools that