An apparition was spotted on camera running down a street at night. The footage was recorded in Mentor, Ohio.

Police had arrived at the scene at 10.40 pm following a call from a concerned resident who said they had spotted a child estimated to be seven years old running around in the area alone.

The cop noted the object was running “too quickly for a child” and vanished without a trace when he went to look for the so-called girl, the officer reports. 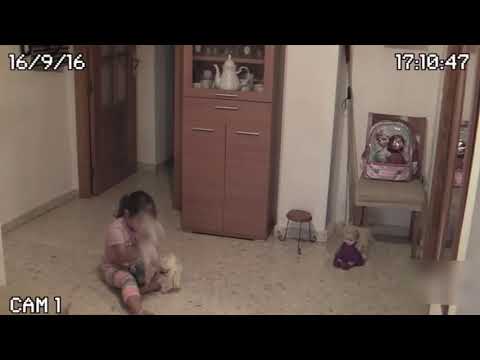 This ghost footage was filmed on Pawleys Island during hurricane Florence.

Two young boys have been spotted walking down a stairwell when

CCTV inside a small supermarket has recorded an item flying off

A spooky apparition has been filmed flying around inside an old

A strange woman appears several times along the same stretch of