Mermaids are magical creatures who belong to an enchanted realm, they have the head and body of a woman and the tail of a fish. From the Middle English word mere – meaning lake or sea – mermaids are ‘maids of the sea’, the stuff of legends. Mermaids come in all sorts of shapes and sizes, some have scales, some are smooth like dolphin and some don’t have a tail at all. Some breathe underwater and some can just hold their breath for a long time, some are simply young women who live in the sea. Mermaids live in lakes and rivers and the sea, some have the power to walk on land by swapping their tails for legs like a human. This means that there are many mermaids living among us in secret. Most mermaids will transform back into their natural state when they come in contact with water, so they will avoid water at all costs. Mermaids, being specifically female, the merpeople family include mermen, merwomen, merchildren and merbabies. Collectively they are also known as merfolk.

Many mermaid stories are tales of suffering and woe, betrayal, and revenge, often ending unhappily ever after. The first stories of merfolk date back to the earliest human history. Images and myths of merfolk can be found in art and literature all around the world, many medieval cathedrals contain carvings of merfolk. The 4th century Babylonian god of the sea was known as Oannes who was portrayed as a man with a fish tail in place of legs. Oannes would appear out of the ocean every day as a fish-human creature to share his wisdom with the people along the Persian Gulf, then return to the sea at night. There was also Atargatis, a Syrian moon and sea goddess, her story tells us that after causing the death of her mortal lover she fled to the sea and took the form of a woman above the waist and a fish below, for this reason she became known as a mermaid goddess. During medieval times mermaids were considered as matter-of-factly alongside other aquatic animals, such as whales and dolphins. The goddess Venus is sometimes depicted as a mermaid, being born from a giant clam shell.

One story of Alexander the Great tells when he found the fountain of immortality/youth, he filled a flask with its immortal waters. When he returned home, he washed his sister’s hair with the water. Later at the age of 32, Alexander died of illness, his sister Thessalonike went mad with grief, and attempted suicide by drowning herself in the sea, however because Alexander bathed her hair from the fountain of youth, she did not drown. Instead she turned into a mermaid and supposedly lived in the Aegean for hundreds of years. During her life in the sea if she ever encountered a sailor, she would always ask them the same question: “Is Alexander the king alive?” If the sailor answered, “He lives and reigns and conquers the world” she would let them continue their voyage unharmed. However, any other answer would result in her transformation into a Gorgon, like Medusa. She would then send the ship and everyone on board to their murky graves.

Other stories of Alexander the great, said he had several adventures with beautiful mermaids, visiting the bottom of sea in a glass dome. Christopher Columbus, towards the end of his first journey to discover the Americas, wrote in his journal that while off the coast of Haiti, he and his crew had seen three mermaids rise from the sea. “They were not as beautiful as they are painted, although to some extent they have a human appearance in the face.”

Some mermaids with the use of magical amulets, take human for, and will often sneak out for a night of fun among the humans. There have been cases where their amulet was lost or stolen preventing them returning back to mermaid form leaving them stranded, usually with terrible consequences.

There has always been a mysterious seduction with mermaids but also potential danger. Mermaids will also use their beauty and voice to entice individual humans to beneath the sea to live in blissful happiness as part of the undersea world. Other times the songs are used to lure the sailors to their doom, whether she means to or not.

There are different types of mermaids around the world, mermaids near the tropical coast are friendly and light hearted, they sing songs and are flirty with sailors, they decorate their bodies with shiny objects, like pearls and sea glass. The mermaids who live in the deep oceans are known to be hard, rough and spiteful, they sometimes sink ships out of boredom, you need to be very careful if you ever encounter one. The mermaids who live around Japan, are smaller in size and more fish like in appearance, they like to challenge humans to games of skill in which the penalty for losing is death. These mermaids are said to have an appetite for children and those foolish enough to swim alone near their homes. Most mermaids are kind-hearted, they bring good fortune and often grant wishes. In some tales, they even marry and live with humans. For example, the Merrow of Ireland and Scotland.

Mermen appear less often, they have little interest in dealing with mankind, except for the few human females who they have fallen in love with. Mermen are the guardians and fierce protectors of the merpeople. They are known for starting huge storms and drowning ships in rage and revenge when it has been revealed that those aboard have harmed a mermaid. One especially feared group, the Blue Men of the Minch, are said to dwell in the Outer Hebrides off the coast of Scotland. These mermen have blue-tinted skin and gray beards. Local lore claims that before laying siege to a ship, the Blue Men often challenge its captain to a rhyming contest; if the captain is quick witted and agile enough of tongue, he can best the Blue Men and save his sailors from a watery grave. There are endless stories of mermaids around the world, these are just a few.

Crying Pearls: It is said that tiny bits of glass and pearls, are actually mermaid’s tears.


Mer-folk work closely with the magick of the moon, their magick is at its highest power during the full moon, the energy lasts from three days before to three days after the actual Full Moon. The 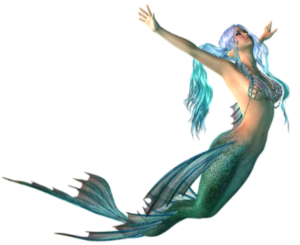 magick worked best within this time is divination, protection, love, healing, wisdom, shape shifting and transformation. The full moon has a huge effect on mermaids, they can become mesmerized and almost put into a trance by the full moon. The reflection of the Moon on the waves and her surface is also a point of empowerment. As true water spirits, mermaids can replenish our energy and be called upon to assist with water magick and the Lunar energies. Anything related to the sea is a source of power for mer-magick and those who call upon it.

Working with the tides of the ocean is the secret key to working with mer-magick, your magick, whatever it may be, is excellently enhanced by means of the natural rhythm of the tides.

Magick that draws energies towards you is best at high tides, like drawing love, money, strength or power into your life. This kind of magick should be worked when the tide is coming in. Banishing energies is best done during low tides, such as ridding yourself of problems, removing illness, removing unwanted people or cleansing your inner self. In this way the tide carries away all the undesired fragments of life. Magick for inner peace or balancing your life-force should be done while the waters are as calm as possible. Sand from the beach can be kept in Jars, place the jar around your house to invoke powerful water magick, the jar can also be placed on your altar to aid with your spell work. Seashells have various magical properties, including, love, fertility, dreams, intuition and healing. All seashells can be used for protection spells.

This kind of magick is also known as sea magick or sea witchery, before practicing sea magick you should sit by the ocean and meditate to establish a connection to the sea. You don’t need to be next to the ocean, a lake or river can be used as a source of energy for your spells. You can create a sea altar at home using items you find by the sea to maintain your connection to the sea. If you are working with the water entities you should also give them something in exchange for their help otherwise, they will have little interest in aiding you in your magick work. If you don’t give something willingly, they will take something of their choosing among what you have with you and you will not like it.

Mermaid Transformation – How to become a Mermaid


Turning into a mermaid is similar to all other transformation spells, though the ingredients are harder to find. Seeing you are turning into a magical creature you must 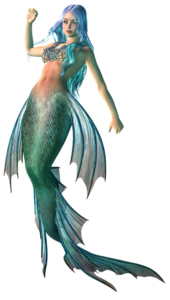 take extra care as the smallest mistakes can have dire consequences, this kind of magick should only be performed by a skilled practitioner. You should have mastered transforming into a dog, a cat and a gnome before even considering trying turn into a mermaid. Once you have turn into a mermaid, keep a close eye on the clock, you wouldn’t want to turn back into human while you are swimming deep in the ocean. The hardest ingredient for your transformation potion is a lock of a mermaid’s hair. Occasionally Wortroots in London has mermaid hair in stock, it usually sells out quickly, but if you’re in the area stop by, you might get lucky. Please drink the juice after getting into the water, the amount of hapless wizards who drink it before going into the water then found themselves beached on the sand in mermaid form are many.

Your first step should be finding another mermaid to guide you around the magical underwater world, don’t interfere with the mer-world, just be a quiet guest. There are many dangers in the magical underwater world, such as sea dragons, sea serpents and all other kinds of sea monsters, Hydras, Krakens, sirens. There also may be a clan war between mer-people, which you should steer clear of. There are also dark mermaids to be wary of. Those with a fish familiar should consult them to learn more about the magical water world before embarking on your sea journey.

Best Magick Time: Hours are 9 am to noon and 9 pm to midnight.

Best Magick Day: Monday and any day under the Full Moon.

Tarot suit/card(s): Cups; the Moon, the Star, and Temperance.

Animal(s): All fish, shellfish, sea mammals and birds that live near the sea. 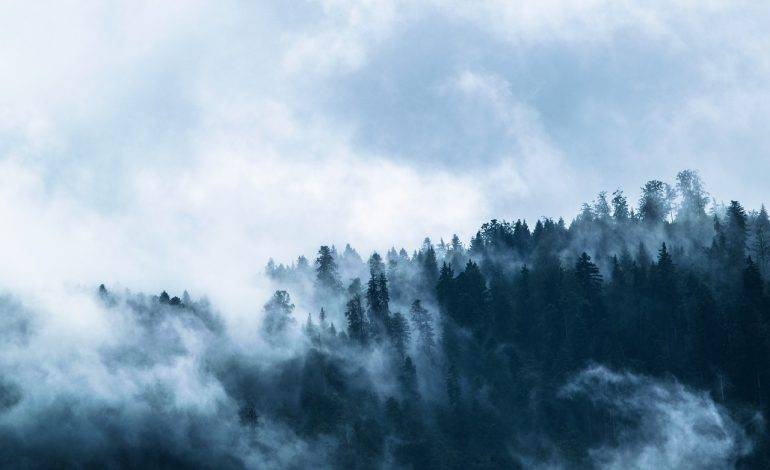 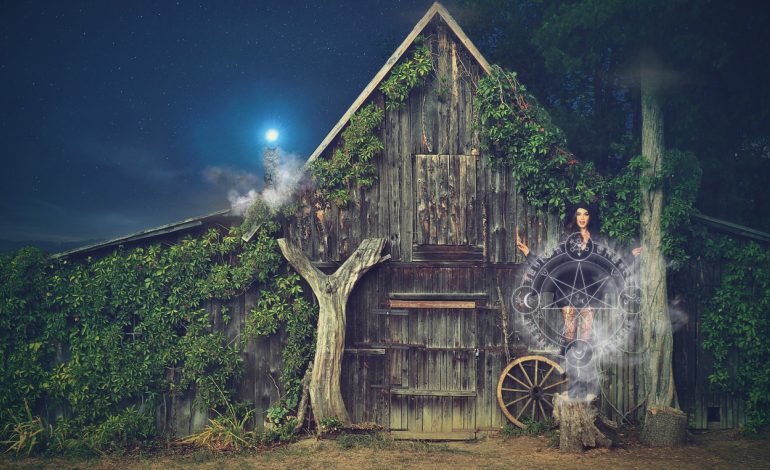